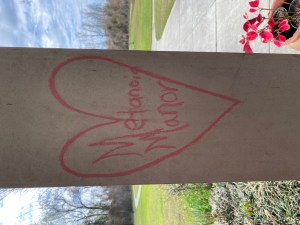 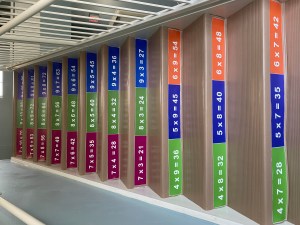 Before they come to the Metanoia Manor in Zachary, the girls that it serves have often experienced a shocking combination of abuse and neglect. Although their average age is 14, they typically test at about the 4th grade level in all subjects. They’ve seen and done unspeakable things during the time they were trafficked, but some have never tasted a blueberry or seen a clothes iron.

The Hospitaller Sisters of Mercy, along with program director Jena Maughan, run Metanoia as a safe haven for underage victims of human trafficking. This includes both girls who have been trafficked for sex and for unpaid physical labor. Of the 77 children Metanoia has served in over four and a half years, only one of those children has not been a Louisiana resident, says Founder, the Rev. Jeffrey Bayhi. “Everyone thinks that these children are all international and this is what’s going on at the border, and the only people being trafficked are from out of the country. In the state of Louisiana, 42% of our children who are trafficked are done so by their caregiver. Mothers, fathers, mother’s boyfriend, and that’s a completely nauseating statistic that most people are not aware of,” he says.

Human trafficking is everywhere, Rev. Bayhi and the program directors say. It is in the smallest rural Louisiana town to the largest metro area. It does not discriminate–residents are black, white, Latino, mixed. Private school and public school. And Metanoia Manor is the only program in the country serving trafficked, minor age females that are pregnant or have a baby, a very underserved niche, especially considering that there are only 200 beds for minors nationwide.

The home was inspired by an 83-year old Italian nun and missionary, Sister Eugenia Bonetti, who Rev. Bayhi met and who educated him on something that existed on the fringes of society that no one knew about, no one was talking about, and—most importantly—no one was trying to help, he said. In doing so, she became an advocate for what she called the “children of the night,” and started a group called Slaves No More.

“If you get me some nuns, I’ll open up a shelter,” the Rev. Bayhi told Sr. Eugenia when they first met over a decade ago. “Where am I gonna find nuns?” she laughed. Then, on Christmas Eve in 2012, Rev. Bayhi got an invitation from the papal household to say mass with the pope in February. While there, he met with Sr. Eugenia, who brought him to speak with the Mother General of the Hospitaller Sisters of Mercy, and that was the beginning of it. Now, five sisters from all over the world have established a convent here in Zachary for this mission, working day in and day out at Metanoia.

With Rev. Bayhi facilitating, Sr. Bonetti has spoken to law enforcement in Louisiana, to the legislature, house and senate, and Louisiana and Texas now lead the nation in preventative measures for human trafficking. “We have a very, very long way to go, but we are at least the leader of the pack when it comes to efforts between state police and everyone in terms of fighting this surge of human trafficking,” he says. Sr. Bonetti has been to Zachary twice and has spoken to the church parish here. Because of her presence here, the Catholic parishes of St. John the Baptist in Zachary and Our Lady of the Assumption in Clinton have opened shelters in Nigeria and Italy.

Being a parish priest in Zachary does not give you the leverage to accomplish the things these children need, Rev. Bayhi says. “We’ve had great support from the governor on down. The Vatican is here in Zachary annually, and held the first conference outside of the Vatican here in town. They wanted the world to see what a successful shelter looks like,” Rev. Bayhi says. “It’s on their website that Zachary, Louisiana, should be the model that everyone should strive for worldwide, and I’m very proud of that,” he says.

“But if there’s anyone who deserves to be called a hero, it’s these wonderful nuns. They’re absolutely God’s angels in the midst of very difficult situations. They are the angels of mercy. The angels of God,” he says.

Metanoia Manor offers the residents everything from trauma and behavioral therapy to academic credit recovery and lessons on financial literacy and life skills. The house is run as much like a family as possible. The girls have their own private rooms and bathrooms, a luxury that most have never before experienced, but there is also a massive communal space for them to eat, gather, and learn together. The girls sometimes take on the task of cooking, and there’s a rotating chore list for keeping up the 12,000 square foot space.

Of course, as in any family, conflicts sometimes arise. Metanoia utilizes proactive interventions to keep conflict from escalating. They know their residents well, and concentrate on positive behavioral incentives. Instead of an allowance system for chores, the residents earn “Metanoia Bucks” by showing acts of compassion and empathy towards their peers or the House staff. This currency can be used to buy little extras like nail polish or hair accessories. This system rewards the girls for pro-social behavior while also helping them work on things like budgeting and saving.

It’s an odd combination for sure, to be sheltered in so many ways–childlike, even–but having been exposed to so much. There’s a full time trauma therapist on staff, and Metanoia partners with the behavioral health unit of the Children’s Hospital for psychiatric care twice a month. All residents have been exposed to drugs and alcohol as part of their exploitation, and a lot were drug addicts in utero, so they’re in addiction therapy. They’re mostly well into their teenage years, but some have to be taught to brush their teeth. The staff is awaiting news to see if they’ll be awarded a grant to purchase a swingset for the girls to play on–but it has to be a commercial grade set to account for size and weight. When Maughan brought home a bag of fruits from Whole Foods for the girls to sample, some had never even tasted a blueberry, nevermind the exotic fruits familiar to the sisters from around the world. And there’s an Amazon wish list for donors who would like to purchase items for the home, but the viewers may be surprised to see the amount of baby and children’s toys on the wishlist. They’re not for infants, explains Maughan. “Those are for our girls–who really are still children.”

As a 501c3 charitable organization, the 12-bed home exists on private donations and grants, both federal and state, as well as donations from some family foundations. For those wishing to get involved, please visit the website for a list of ways to help. Due to the privacy requirements, Metanoia does not allow visitors or volunteers, but they do welcome gift cards, and specific items from the Amazon wish list. There’s also an annual gala, just held again in the spring of 2022 following a Covid hiatus.