A sudden, desperate crash flings Alma and Rosette forward in time. Alma, young and handsome and strong, is fleeing from a slave auction. Rosette, beautiful and fierce, is running from a lecherous slave owner who has cornered her in a fabric store. They collide, and with a flash of light, are catapulted into modern times and land in a fictionalized, but very recognizable, Louisiana town.

Thus begins Donna Butler’s novel Divine Intervention, a story that examines the idea that the past is never dead, it’s not even past. Now, Donna and her Out of the Triangle, LLC production company, are bringing the story to the small screen with Episode 1 already in post-production.

Donna has lived in Zachary for 20 years and is the former owner of Abeeya’s Bakery. She began writing after retiring from baking to help her daughter through a struggle with addiction. She found writing therapeutic, and soon she had created a story sure to grip everyone from sci-fi enthusiasts to history buffs.

The backdrops for the story are two rival colleges set on either side of the Mississippi River: Southern Louisiana, a HBCU driven by legacy, and Miss Lo, an LSU analogue that is underpinned by a hundred years of tradition. The schools are geographically close, but often miles away when it comes to creating community cohesion.

Then, in the middle of the night, two formerly enslaved college-aged kids drop onto Southern Louisiana’s football field. Divine Intervention is a story full of wonder, magic, betrayal, and hope. It’s a story with a slimy antagonist (Pretty Ricky) that you’ll love to hate and a cast of interesting side characters who all have their own motivations and agendas.

At the heart of the story though are Alma and Rosette. They must learn how to not only live with newfound freedom, but also how to navigate a modern world that so often just doesn’t make sense. They wrestle with issues like ongoing racism and neighborhood crime. All the while, they are in constant danger from those who would exploit them and their story.

Episode 1 was filmed in locations around Zachary and the team plans to continue shooting in the area. They are still casting college age extras and looking for interesting filming locations. If you want to be part of the project, contact divinebrcasting@gmail.com

Also? There’s talk of a certain local talent with national recognition coming on board as an Executive Producer with a possible recurring role in the series. Keep your eyes on the page for that announcement! If you’re interested in purchasing the book Divine Intervention, just head over to Amazon to pick up a copy. 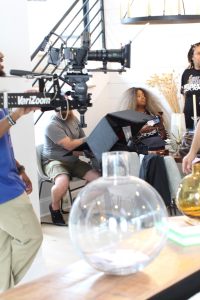 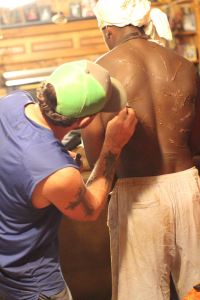 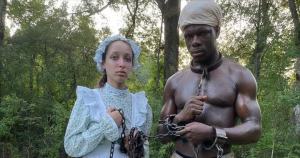 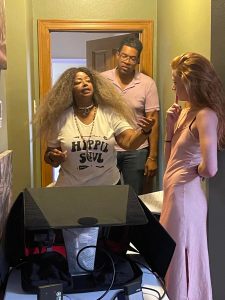 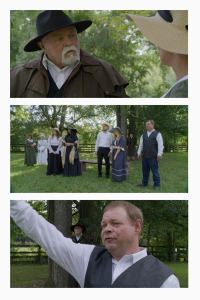