In August 2017, Addison Yandle started fourth grade at her fourth school in five years. Her parents, Chris and Ashleigh Yandle, noticed something wasn’t quite right after her first day at school, a Friday.

“On Monday morning, on a whim, I was making her lunch, and I wrote a note on a Ziplock bag, and took a picture of it,” Chris recalls. “I honestly didn’t think it was going to last more than a week or a couple of weeks because as somebody who had lost a job then was unemployed for six months, I wasn’t absent physically, but I was absent mentally and emotionally.” Chris had also just started his Ph.D. program.

With so many changes, and the looming anxiety of starting middle school at yet another new campus filled with unfamiliar faces, Chris knew he needed to let Addison know he was there for her. And he wanted to do so in his own special way. Little did he know the impact those daily notes would make not just on Addison, but many others.

“Middle school and high school for young girls is already stressful… and I remember as a middle school boy I knew it was tough, so I couldn’t even imagine what it was for middle school girls.”

In his previous career as a college athletics administrator and award-winning public relations professional with five different NCAA Division I college athletic programs, he accumulated a catalog of inspirational quotes. Combined with the bits of advice from his father and grandparents over the years, he amassed quite the collection.

“I always kept them and started trying to write them for a fourth grader to understand that I understand what you’re going through anxiety-wise, and I’m here as a dad,” he said. He thought the tradition would be short-lived – like the time he attempted giving up coffee for Lent, which lasted all of 12 hours, 17 minutes and 33 seconds.

Then one morning, as they were running late for school, Addison paused  and said, “don’t forget to write my note.”

Every morning since, he has written her a note about life, school or growing up and slips it into her bookbag or lunchbox to find later in the day.

When their son Jackson started fourth grade, he doubled his note-writing efforts.

Chris began sharing the notes on Facebook and Twitter in 2017. Between the heartfelt wit of each note and Chris’ social media expertise, the #DadLunchNotes project soon went viral. The project has now been featured on The Kelly Clarkson Show, NBC’s Today Show, Good Morning America, several podcasts and as the subject of dozens of articles. 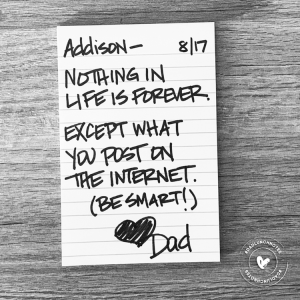 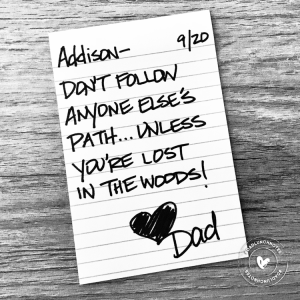 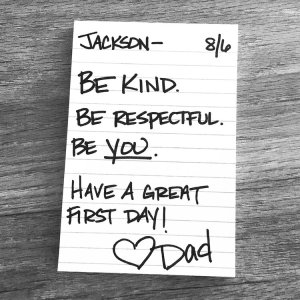 Each note is available on his social channels and website.

“I turned my first year of notes into a book, but ultimately, the goal has always been to help parents who have struggled like me,” he said.

The book’s title Lucky Enough comes from a quote by none other than Taylor Swift: “If you’re lucky enough to have something that makes you different from everybody else, don’t ever change.”

“When I read that quote, I knew I found the right title,” Chris said.

The Yandles now call Zachary home after moving to the city in May 2022. Chris Yandle, Ph.D, is the Assistant Commissioner for Public Affairs with the Board of Regents.

The Houma native is glad to be back in Louisiana. Throughout his life, he has lived in 9 states.

“I’m originally from Louisiana, but kind of nomadic. I’m 40, and I’ve lived in Louisiana off and on for 25 years.”

He now enjoys more time with his family, after turning a 90-minute commute into 20.

“When we drove through Zachary about a year ago, my wife and I just fell in love with it and were looking for the right time to move, and we finally found it,” he said. “We’re very glad we found a home here…Hopefully, we will be here for a very long time.”

Visit bychrisyandle.com for more information on Chris Yandle, Ph.D and the #DadLunchNotes Project. You can also follow Chris on social media @chrisyandle

Click here to listen to Dr. Chris Yandle on Porch & Parish The Podcast. 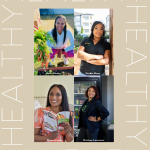 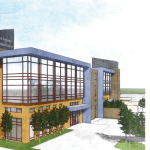 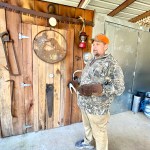