A check-in on the long-awaited Comite River Diversion Canal 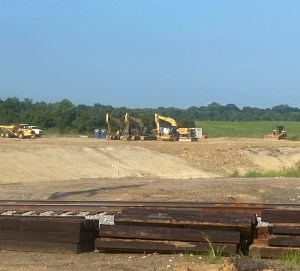 A benchmark rain event prompted efforts for a project that would reduce the risk of flooding disasters across three parishes. Nearly 40 years later, it has not yet come to fruition.

Property owners in East Baton Rouge, Ascension and Livingston parishes have been levied a 2.65 mill property tax since 2000 to guarantee full funding on a project many thought would have been completed at least 10 years ago.

Instead, the wait has continued. The delays have been prolonged for enough time that another epic rain event – the 2016 flood – became the new benchmark.

Officials broke ground on the 12-mile-long diversion canal along U.S. 61 in Zachary in April 2019, which brought hopes that it would be complete by summer 2021.

For Congressman Garret Graves, the CRDC has been the focal point on his radar since he took office in 2015.

“The very first month I got to Congress, we secured $10 million for this important project, which had been in a dry spell for years and years and virtually no progress on it,” said Graves, R-Baton Rouge. “We were able to build on that with over $500 million in funds we secured on this project that was totally stalled for decades.”

Money is in the bank, and major digging and bridgework are on the way. But it does not negate poor project management from the beginning, Graves said.

Conflicts with gas pipelines and railroad companies have contributed to delays in the project, one of which he called “a near showstopper.”

“The high-pressure gas pipeline being ‘discovered’ when it had been there in the 1950s, before the project was even conceived, is just unacceptable,” he said. “That’s on the part of the state and the Corps of Engineers … it’s just unacceptable.”

The latest pitfall will likely delay the project until at least 2025. 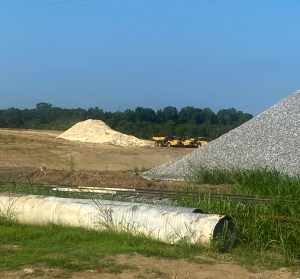 Graves said it only increases the stress level for property owners in the region.

“What that means is a lot of people will be holding their breath hoping they won’t get that rain bomb until this project is finished,” he said.

It does not void the progress crews have already made, though. Many are on the way, Graves said.

Work crews have completed over 450 miles of clearing and snagging in Livingston, about 40 or 50 miles in Baton Rouge, and the Bayou Manchac area has substantial clearing and dredging efforts underway.

“There’s a lot of work happening all over the place to complement the flood protection the Comite Project is going to provide,” Graves said. “On the Comite itself, the north and south bayous that feed into the diversion are being worked on ahead of time, so we will see progress and better flows than before.”

The slow pace is an inefficiency that still angers Graves.

“If we would’ve given each resident a shovel, we would’ve had this project completed months ago,” he said. “It’s been a nightmare.”

The Florida Gas Transition has been the biggest stumbling block in the project, according to state Rep. Valarie Hodges, R-Denham Springs, who serves as chairman of the CRDC Task Force, which meets quarterly at the State Capitol.

Officials with the project were told it would take 33 weeks to relocate the pipeline, but they also had to deal with what Hodges deemed “the unknown.”

The unknown refers to the construction of the La. 19 bridge, which will take at least 18 months to complete.

“Very frustrating that nobody took time to work on the Florida Gas Transition, which everyone knew was the most dangerous – and most costly – part of the project.”

She said she asked why nobody thought about working on the negotiations on that part of the project.

“They said that nobody thought this project would really happen,” Hodges said. “The reason they thought nothing was going to be done was because they weren’t doing anything.”

Graves said he and Hodges still have a forward approach on the project, but they are beyond ready to see the CRDC come to fruition.

“Having the money in the bank is important and worth celebrating, but in the end, money doesn’t keep you safe,” he said. “It’s all about turning the dirt, building the projects, and that’s what we’re focusing on at this point.”

View this story in our e-edition.